Board Risks in Financial Institutions 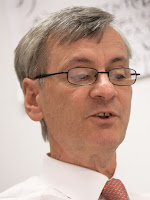 Once upon a time, it was widely thought that banks and insurers basically failed because they ran out of money.

The UK's Prudential Regulation Authority has decisively rejected the notion that financial failure is, fundamentally speaking, a money problem.  Its Chief Executive Andrew Bailey, and others, now seem convinced that whilst financially focused regulation remains essential, much more attention needs to be paid to boards.  As he put it in recent speech:


"[it] is uncommon and rare to find a problem in the capital or funding or business model of a firm which cannot be traced back to a failure of governance."

We agree.  In 'Deconstructing failure' we focused on the role of leaders in failure.  We discovered that of the nine prominent categories of board weaknesses investigated, six were influential in the majority of corporate failures.  Three were present in more than 70% of failures.  Even the least frequent factors were present in almost 40% of failures.

This does not mean that board members are 'bad'.  What matters is their influence.  Boards are, or should be, the most influential people in any company.  This means that their activities, whether good or not, are likely to have big consequences.

Our work confirmed earlier findings by William McDonnell and Paul Sharma, in two much-neglected pieces of research published in 2002 by the Financial Services Authority and the European Conference of Insurance Supervisors.  As McDonnell put it in the former:


"Management problems appear to be the root cause of every failure or near failure, so more focus on underlying internal causes is needed."


The conversion of the PRA to the view that management matters is corroborated by their recent Consultation Paper  CP18/15 on board responsibilities and corporate governance.  Whilst these proposals need refinement to meet best practice, they make it clear that the PRA is putting greater emphasis on individual and collective human behaviour as the 'underlying' cause of failure, with boards seen as an important source, arguably the most important source, of such risks.

The message for boards and risk professionals in the financial sector is clear.  Behavioural and organisational risks matter to your regulators.  Risks emanating from boards are top of the list, which should include risks from all layers of management.  For insurers, the ORSA will develop into the tool through which you will have to confirm to regulators that these risks are under analysis and management.

Boards across the sector need to understand and find these risks before working out their potential consequences and how to mitigate them.  Since they too are run and led by people, that includes the boards of central banks and financial regulators.

Anthony Fitzsimmons is Chairman of Reputability LLP and author of “Rethinking Reputational Risk: How to Manage the Risks that can Ruin Your Business, Your Reputation and You”

Posted by Reputability at 13:13