John Kay on Learning from Mistakes


We are delighted that Professor John Kay has allowed us to reprint this column, first published in the Financial Times, which discusses an important organisational risk:- inability and unwillingness to learn from mistakes. 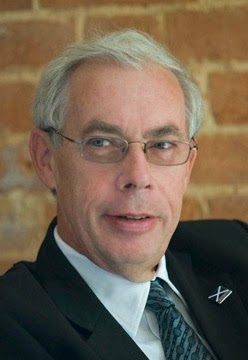 Having just booked a flight to Berlin in June with Germanwings, I thought it might be useful to explain why.

Air travel is extraordinarily safe. About 1,300 people died in commercial aviation accidents last year, the highest figure in a decade. Almost half of these were victims of the two incidents involving Malaysia Airlines. Tyler Brûlé has described the fear of flying that led him to abandon a flight to London after hearing about last week’s Germanwings Airbus crash in the French Alps. The chances of a man of Mr Brulé’s age, 46, dying in any two-hour interval is about one in 1m. There is an additional one in 5m chance of being killed during a two-hour flight. On the other hand, sitting in an aircraft protects you from many more common causes of death, such as a car crash or a fall down stairs.

Despite the continued growth in traffic, aviation deaths have been declining. Improvements in aircraft design have reached a stage at which it is almost inconceivable that a major incident will be the result of a mechanical failure. Modern Airbus and Boeing models “fly by wire”, which means that every action by a pilot is mediated by a computer and most of the time aircraft literally fly themselves. Chesley Sullenberger’s 2009 “miracle on the Hudson” landing was an exceptional feat of skilled aviation — but as his Airbus landed on the river it was the machine, not the pilot, that had selected the gliding speed and angle.

The dangerous moments on board an aircraft are when the pilot is overriding the electronic systems. They may do so for good reason but with bad outcomes, as when the crew of Air France 447 from Rio to Paris misjudged their response to adverse weather conditions and lost the plane in the Atlantic; or with malevolent intent, as in the Germanwings incident. Passengers should worry, not that the crew are not in control but that they are.

But another reason modern air travel is reassuringly safe is that investigation into accidents is honest and thorough. Airlines and aircraft manufacturers do not like the public exposure of defects in their products; but they have tended to respond by addressing the defects rather than resisting the exposure. And generally accident investigators have been allowed to do a thorough job without political interference.

The most notable exception was the attempt by Egypt, under the dictatorship of Hosni Mubarak, to influence the findings of US investigators into the loss of EgyptAir 990 in 1999. The passenger jet disappeared into the north Atlantic under the control, like the Germanwings aircraft, of a pilot widely thought to have been suicidal . And the full truth of the downing of Malaysia Airlines MH17 over Ukraine is never likely to emerge. But when French President François Hollande, German Chancellor Angela Merkel and Spanish Prime Minister Mariano Rajoy travelled to the crash area last week, they went to show concern and establish what had happened rather than to deflect blame.

This is the behaviour we are entitled to expect in any industry: but it is not what we generally see. The bodies that regulate drug safety do not enjoy the same protection from lobbying as air accident investigators. And so the pharmaceutical industry has largely lost the public trust achieved by the “just culture” of the airline industry, which is more concerned to encourage openness than to attribute blame.

And the contrast with finance could hardly be greater. It is unimaginable that we might have had a dispassionate investigation of the financial crash of 2008. Nobody died in that crash — but to avoid mistakes in the future it is first necessary, in any given situation, to undertake honest assessment of the mistakes of the past. That is why our planes are growing safer and our finances are not.

Posted by Reputability at 10:09